From an investor point of view


With a wide variety of experience in both the private and public sectors, in remittances, payments and markets, Kai is expertly positioned to describe the ‘lay of the land’ as far as the international payments space is concerned. He understands the key issues from the position of both development agencies and money transfer operators – in his current role at the IFC, he has exposure to many businesses that are seeking funding or investment. 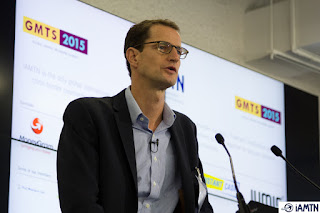 “I believe in 10 years money transfers in most developed send markets will mostly be an electronic and mobile centric self-service. In the major markets we will have at least ten large online/mobile providers and a very large number of small ones. Providers of P2P remittance platforms will be regulated and occupy a small but meaningful niche.  Banks, especially from the receive countries, may play a larger role than we believe today and social networks maybe a much smaller one. Europe will be much more competitive than the US and prices overall will be significantly lower than today.

In receive countries cash and account payments will be split, the usage of ATMs more dominant than mobile wallets. Regional and domestic smaller transfers however are in my opinion likely to be dominated by wallets.” – Kai Schmitz

Kai’s presentation at GMTS 2015 balanced analysis of the current state of the money transfer industry with expectations for future trends. The session began with a note of caution regarding data that indicates ever increasing migration and corresponding growth in remittances. He was optimistic on the topic of the current widespread closures of MTO bank accounts however, noting that a risk-averse attitude from the banking sector was in many ways preferable to increased competition in the remittance space.

Schmitz called attention to increasing competition, claiming that:
“Pressure on margins in the traditional sector can only get stronger, it will intensify a lot… Something needs to happen. I don’t think we can keep competing on price.”

Schmitz then answered questions from the audience on the topic of shifting trends from traditional to digital offerings, by putting an emphasis on consumer culture and attitudes towards digital transfers.

For more information, please visit: www.iamtn.org
Posted by IAMTN at 11:48:00