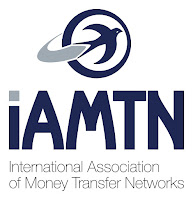 During 20-23rd March. The Financial Action Task Force (FATF) held its Private Sector Consultative Forum. The forum was chaired by Mr. Juan Manuel Vega-Serrano, President of the FATF, in Vienna, Austria. During the event, FATF and its members had constructive discussion while engaging directly with private sector representatives on anti-money laundering and counter terrorist financing (AML/CFT) issues.

Remittances and de-risking were a key part of the agenda. It was during this event that, the International Association of Money Transfer Networks (IAMTN) presented its proposal on de-risking. There have been major changes in de-risking practices over the last few years and concern is growing across stakeholders, as this has an adverse affect on the entire remittance industry. Everyone agreed that this is a very complex issue and there is no "magic" solution to this.

IAMTN believes that an “International Industry Standard” specific to this industry is required.

As a part of this standard, firms will be required to undertake an independent annual audit in order to certify adherence with the standard.

IAMTN held discussions with a very wide array of bodies, such as, World Bank, IFAD, UNCDF, FATF, BBA, DIFID, CGAP, German Finance Ministry, FINCEN, US Treasury and UK Treasury and many more International Organisations for their feedback. Overall, it was very well received by the participants.

This is part of IAMTN’s continued effort to raise awareness of the importance of remittances within the financial sector, and to promote financial inclusion as a result of remittance mobilization through formal channels.

IAMTN is continuing the process of getting feedback from a very wide range of stakeholders, so if you have any feedback or questions, please feel free to contact us.

ABOUT IAMTN
The International Association of Money Transfer Networks is the only global international trade organisation that represents Money Transfer Industry / Payment Institutions providing cross border payments. Founded in 2005, provides a platform for industry partners to come together to discuss common challenges, industry initiatives, and create opportunities. IAMTN works closely with governments, regulators, regional associations and all other important stakeholders such as the World Bank, IFAD, BBA, DIFD to champion the creation of the most effective, safe, reliable and efficient payment system.
Posted by IAMTN at 09:24:00 2 comments:

IAMTN, supported by MAMSB and FERG, condemns the use of bKash to facilitate illegal money remittances to Bangladesh

International Association of Money Transfer Networks (IAMTN), supported by the Malaysian Association of Money Service Business (MAMSB) in Malaysia and the Foreign Exchange and Remittance Group (FERG) in Dubai, condemns the use of bKash to facilitate illegal money remittances to Bangladesh

There has been a considerable surge in unofficial remittances being sent to Bangladesh using bKash. bKash, a joint venture with BRAC Bank in Bangladesh, is a provider of mobile financial services to the underserved remote population of Bangladesh.

The transfers in the United Arab Emirates (UAE) and Malaysia are being conducted through SIM cards from Bangladesh by individuals or businesses not licensed to undertake remittances in either jurisdictions. Sending money through unofficial channels can lead to exploitation, fraud and security risks.

On the 21st January 2017, a crackdown across Dubai unearthed an illegal money transfer racket run by 25 shops. All 25 shops, which were involved in the illegal activity, were not authorised to offer remittance services. This enforcement action was led by the Department of Economic Development (DED).

IAMTN along with FERG and MAMSB strongly condemns the use of illegal channels to remit money to Bangladesh and we urge the Central Bank of Bangladesh to take positive steps to curb the use of bKash to facilitate these illegal remittances.

About the International Association of Money Transfer Networks (IAMTN)
The International Association of Money Transfer Networks is the only global international trade organisation that represents Money Transfer Industry / Payment Institutions providing cross border payments. Founded in 2005, provides a platform for industry partners to come together to discuss common challenges, industry initiatives, and create opportunities. IAMTN works closely with governments, regulators, regional associations and all other stakeholders to champion the creation of the most effective, safe, reliable and efficient payment system.

About the Malaysian Association of Money Services Business (MAMSB)

The Malaysian Association of Money Services Business or MAMSB was formed on 22 August 2013 and officially launched on 9 January 2014. It is the national association for money service business (MSB) companies in Malaysia which have been granted licences under Money Services Business Act (MSBA) as well as those enterprises that have been approved as MSB agents to principal licensees under the MSBA.  The members of MAMSB engage in three main types of money services businesses namely money-changing business, remittance business and wholesale currency business which supports the retail money-changing business.

Today, MAMSB has 354 members (licensees under the Money Services Business Act 2011 and 129 associate members (money services business agents) with over 2,500 customer touchpoints across Malaysia.  The MSB industry in Malaysia employs approximately 10,000 people and has an industry total turnover of RM100billion. MAMSB’s vision is to be a respectable driving force to modernise and enhance professionalism of MSB industry while championing the interest of Members.

Foreign Exchange and Remittance Group [FERG] is a non-profit organization formed based on the initiative of the Central Bank of UAE. The FERG comprises of companies engaged in the business of money exchange and remittances from large sized companies with over 100 branches, to single branch outlets to come on a common platform and work towards mutual benefit.
The initiative to form the Foreign Exchange & Remittance Group (FERG) started in the year 2003, wherein, some of the large and leading exchange companies decided to come together and hold regular meetings to discuss current market situations, opportunities and threats facing the exchange industry. This initiative gained momentum with the Central Bank Governor calling a meeting of all leading exchange companies in January 2004 to discuss the challenges facing this Industry. One of the important outcomes of the meeting with the Governor was the initiation of the Steering Committee, comprising of 10 leading exchange companies, who relentlessly worked towards bringing in most of the exchange companies to a common platform.
Over the next couple of years, the Steering Committee held regular meetings and took up issues with various regulatory and government authorities such as, Central Bank of the UAE, Reserve Bank of India, Dubai Police, Human Resources Committee for Emiratization, etc., with an objective to facilitate easier operational norms & to create a conducive business environment for the money exchange industry in the UAE. In the course of time more exchange companies joined the Committee as Rotating Members to strengthen and make it more vibrant.
The efforts of the Committee to register the Foreign Exchange & Remittance Group (FERG) were successful with the registration of the Group with Dubai Chamber of Commerce & Industry in October 2008.
The first General body Meeting of FERG was held on 29th November 2008. The number of members has since grown to 73, who aggregately cover over 90% money exchange and remittance business in the UAE. Meetings of the Representative Committee and all members are held at regular intervals.
FERG is registered with Dubai Chamber of Commerce & Industry, the body concerned with patronizing and supporting the various activities of the private sector in the United Arab Emirates.
Posted by IAMTN at 08:33:00 1 comment:

International money transfer operator, Tempo Money Transfer, has issued the results of its operational and financial activity in 2016.
The Paris-headquartered remittances provider said in a statement that the number of agent locations increased to more than 230 in Germany and France by the end of 2016, against 70 in 2015.
The company's main focus of activity is sending money from these two countries to the rest of the world. This makes the indicator very important for its operations.
The president for the Germany and France–based company, Mr Jeffrey Phaneuf, reported that in 2016, Tempo processed over 63 thousand transactions, up 160 percent from the year 2015. He said also that gross revenue reached € 32.6 million. “The total number of locations where services are available, increased to reach 195,000, while the number of countries has almost reached 120 by the end of 2016,” Mr Phaneuf said.
“2016 in particular has become a very important year for the company because Tempo Money Transfer launched its online payment option this year. Now clients do not need to visit Tempo's locations to send money. A transfer can be originated from the website, www.tempo.eu.com, and the service is available to clients from all over the EU.
The first stage of the project covered 35 countries, including such large markets as the Philippines, Sri Lanka, Bangladesh, Pakistan, Vietnam, India, Brazil, Russia, Albania and Armenia. The online service became possible due to the significant success the company achieved working on the development of its international partnership network, its state-of-the-art IT technologies and the high-profile reputation it enjoys internationally, he said.
In 2016, the system significantly widened its spectrum of services. It currently includes traditional cash payout, account-crediting, home delivery, cell phone topping up and remote bill payments in various countries.
“We are specialised in outbound transactions from one of the most vibrant EU markets, based in France and Germany. We pay special attention to developments in various regions around the globe. The demand for services comes mostly from working migrants. We can clearly see the increasing trend in the number of migrants settling in European countries. Hence the demand for low cost and quality services is growing,” Mr Phaneuf said. “In 2016, Tempo diligently worked on building up its activities, expanding its payout location network and widening its service range. It actively participated in integration with global e-payment platforms,” he added.


“We place emphasis on low transaction costs. We understand that this makes for an effective decrease in the black market and brings money transfers into the open, regulated sphere. This benefits the host country's economy and our customers.”
Posted by IAMTN at 03:36:00 21 comments: